The speculation over Australian economic downturn and rising unemployment has motivated trustees to invest overseas. When an SMSF pays foreign tax on foreign income, foreign tax credits can be claimed on that income according to Section 770.75 of the Income Tax Assessment Act 1997.

The decision tree below explains the workings of the amount that can be claimed as foreign income tax offset: 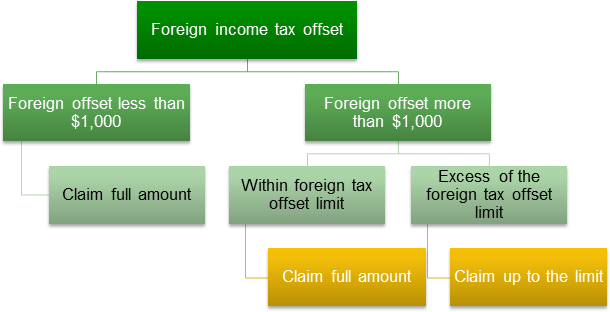 Below is a simple case study to show how foreign income tax offset can be claimed in the tax return:

Jane, a director of the corporate trustee of the Smith Superannuation Fund, has Australian and foreign income and expenses for the year ended 30 June 2015 as follows:

Since the Fund has Australian deductible expenses of $7,000 i.e. more than Australian assessable income of $200, its tax liability on Australian income will be nil.

It is important to note that any foreign income tax offset in excess of the limit, for instance $1,320 ($3,000 – $1,680), is not refundable and cannot be carried forward to later income years.